Is this the first time that a single word ("crypto") has caused such anxiety any time a listener hears it? We think so, and here's why.

Never before have I encountered a single word that, when uttered, can so drastically change the mood of listeners and the tone of a conversation. Given that I run a translation and interpretation company, I felt compelled to share my thoughts on how this word is affecting my life and our business.

Single words, when uttered in conversation, can be powerful. I grew up in Colorado where the word "Columbine" provokes intense emotions and debates about gun control. I lived in New York in 2007 and 2008 when "Lehman" was used to denote the beginning of a new world order (which people feared or embraced). And I was in liberal San Francisco on 2016's election night, where "Trump" doesn't need an explanation for the emotions it invoked.

But nothing quite prepared me for the impact that the word "crypto" would have in personal and professional discourse over the last few months. "Crypto" as a word has even been wrestled away from its traditional reference to cryptography to the more frequent use in reference to cryptocurrencies. 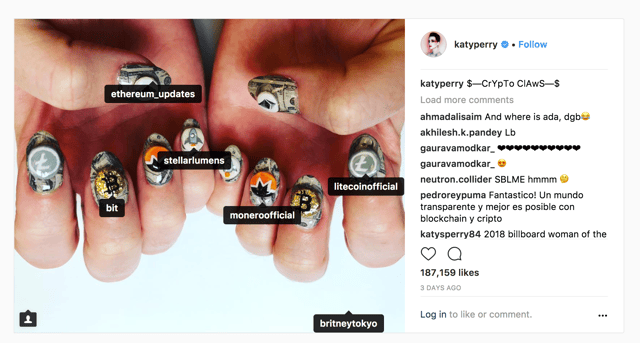 My first reaction is confusion. I have no idea what this post means. I'm sure the explanation is a short Google search away and that a fair amount of friends can explain it.

Indeed, I've made a conscious effort to avoid crypto-related news.

And I've realized I'm not alone. For the first time in my memory, a major news event and societal change is happening, and I'm deliberately burying my head in the sand. It isn't because I have skepticism over the impact that "crypto" can have. And it isn't because I feel jealousy of the entrepreneurs and investors who have profited, or schadenfreude for those who have lost money. I simply cannot justify the time investment that seems necessary to have intelligent discourse (let alone investment decisions) on this topic.

In fact, I've outsourced it. For my personal life, I've turned over all investment decisions and trade executions to my brilliant wife, who has put in the time to learn the system. For my professional life, I have outsourced whether or not we will accept + remit Bitcoins to Stripe, who just last week announced they were transitioning away from Bitcoin towards ... something else.

Having spent most of January at our San Francisco office, I've observed a new gamesmenship is forming.

Some colleagues and I are were walking to lunch, and we proactively agreed to have a crypto-free lunch conversation. Later, a friend remarked that he was amused to board a plane at SFO and see someone on his plane reading "Cryptocurrencies for dummies". And a quick scan of our most recent service requests over the last few months indicates a fair amount of crypto/blockchain-related work.

Who else has rolled their eyes when an ordinary conversation pivots to something crypto-related?

Adding this all up and I've come to a conclusion: every conversation involving "crypto" causes people to fall into of four types:

1. The pundit. This person definitely has an opinion on whether or not now is the time to go all-in on Ethereum. Their confidence is impressive, though how much of their perspective is theirs versus what they heard an equally confident pundit say recently is unknown. Maybe they've read a white paper or two, but they've more likely just listened to a Planet Money. They've probably added "Blockchain" into their LinkedIn headline (you know who you are).

2. The hater. This person finds any discourse on the concept of crypto to be frustrating. Perhaps they may believe in the power of blockchain and a decentralized currency, but they are going to promptly redirect a conversation when "crypto" is spoken. These may be the saviors of humanity and/or asset prices depending on your perspective.

3. The wallflower. This person has acknowledged they cannot add anything to a conversation on crypto, but they are willing to stick around and be present for it.

4. The sponge. This person is like the wallflower. Unlike the checked-out nature of a wallflower, this person is actively soaking up the conversation in the hopes of one day being a pundit. But they may get disenchanted and become a hater, or they may elect to switch off their brain from time-to-time and be a wallflower.

Surely this can be generalized to other topics. eSports? I'm a pundit (at least for some games like Hearthstone). NFL? I'm a sponge. Molecular gastronomy? Hater.

But there is something troubling about how "crypto" divides conversation participants up and how people are declaring some conversations to be "crypto-free". Did conversations follow this pattern in previous moments in history?

I recall conversations about the cause of the 2008 financial crisis to get heated, but that was defined by a topic everyone had some degree of personal experience with (banking) discussing an event that was unanimously viewed as a bad thing (the collapse in prices across all asset classes).

By contrast, very few people have experience with blockchain or fiat systems, and we are discussing an event whose outcome is very much uncertain.

As for myself, I've gone from being a sponge to a wallflower. As long as we're serving clients well, I don't mind if I miss out on a pre-ICO sale or a short-term dip in XRP. Personally, I can't wait to read the Michael Lewis book and watch the South Park episode that will come out of this craze.

When crypto comes up in your next conversation, who will you be? And can anyone explain that Katy Perry post to me?